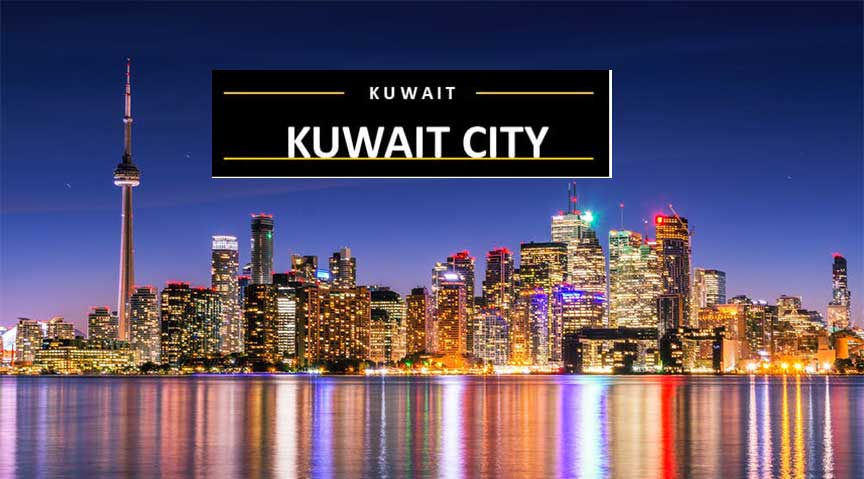 Best of kuwait city: With 150,000 inhabitants in its center and nearly 2,400,000 in its metropolitan area, the capital of Kuwait shines with its layout, a perfect mix between a modernity enabled by massive investments thanks to the sale of hydrocarbons and gas and a tradition, which makes it possible to unveil.

Located on the southern shores of Kuwait Bay, the capital of the country also called Kuwait city is a city on a human scale full of treasures. With an arid climate that sometimes pushes temperatures above 50 degrees in summer, the capital concentrates most of the government services as well as the headquarters of the country’s largest companies.

The capital is located in central Kuwait and borders the Persian Gulf. It includes many hotels whose prices are 30% lower than those charged in France. Reservations are easy there, either through a site such as booking.com or directly, each establishment having its own website.

A short stop at the Sheikh Abdullah Al Salem Cultural Center is undeniable. The newly built complex is one of the largest exhibition centers in the world. With 22 galleries and 1,100 exhibitions it houses, it won the ABB LEAF award for the modernity of its architecture.

On the coast, Al Kout beach is one of the most beautiful beaches in the country. White sand, crystal clear water, it includes many clubs and restaurants that welcome visitors, however, having to maintain a certain form of modesty, the country being tolerant but religious.

Thus, in a majority, the beaches are not mixed and bathing there in the company of his wife can attract disapproving glances. Even if the kindness of the inhabitants will prevent them from making any derogatory remarks.

But Kuwait City is also the City of Mosques, the most famous of which is the Grand Mosque, known as Al-Masjid Al-Kabir to its residents. Built from 1979 to 1986, it consists of a large rectangular prayer room lit by 144 bays crowned with a dome culminating at 43 meters, with a diameter of 26 meters.

It is decorated with calligraphy of the 99 names of Allah. The mosque can accommodate nearly 11,000 worshipers. The complex formed by the mosque also includes a library of 350 square meters, housing a collection of books of Islamic theology.

The Seafront and the Corniche

The city of Kuwait city being so big. A little out of the way, the seafront and the cornice allow you to discover the old houses of old Kuwait, located on the Golf road. The National Museum is located nearby.

Taking the walk a little further, the Sadu house, a museum located in one of the city’s old historic houses, allows you to discover several aspects of Kuwaiti culture.

Among the museums also interesting to discover, the museum of modern art installed in a historic pre-oil school which includes in its case preserved classrooms.

Before leaving the city, a must-see is the Kuwait Towers, also called the Kuwait towers, inaugurated in 1979; they are a national pride, divided between modern construction and traditional design.

At the foot of the towers, the top of which we hardly manage to see. The main tower is 187 meters high and includes a restaurant and a water tower.

Beside it, an observation sphere rises to 123 meters above sea level and performs a complete rotation every 30 minutes. The second tower is 145.8 meters high and also serves as a water tower.

The 3rd tower houses the equipment to control the flow of electricity & illuminates the two larger towers which can hold 4,500 cubic meters of water.

Apart from these, there are many other places in kuwait, such as

Treasures of the Kuwait City

Kuwait city is full of treasures. The Bait al-Othman Hawalli Museum  is one of them; it allows you to discover many aspects of Kuwaiti culture and traditions in the historic home of the Al Othman family: clothing, photographs, furniture.

The Avenues shopping center , meanwhile, is an award-winning shopping center considered one of the largest in the world; it has over 800 stores and its design is inspired by the natural shapes of desert sand dunes, rock formations and the sky.

In the heart of the city, the room of mirrors located at Qadisiya Block 9, Street 94, House 17 Kuwait, includes an old house, totally renovated thanks to more than 100 tons of cement and 75 tons of mirrors which adorn the interior facades and exterior.

The mosaics cover all the spaces of the house and concomitantly represent stars, planets, palm trees and even calligraphy.