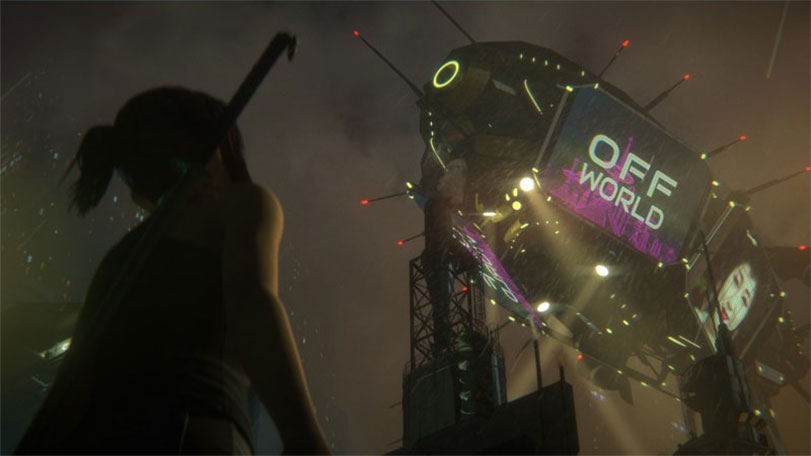 Great news for those who have been waiting for the premiere of a new animated film for the third year already. Finally, it became known when the anime series “Blade Runner: Black Lotus” will be released and what events will form the basis of the novelty.

Amnesia or a sinister plan

Information that the project is being prepared for the premiere appeared back in 2018, and in 2021 at Comic-Con the creators showed the first trailer for the film. Events will unfold in 2032.

In the center of the plot will be the replicant girl El, who is trying to find out the secrets of the past. She will have to understand why she gained the ability and how it relates to the persecution. Along with the trailer, an estimated release date was also named.

The creators announced that they are ready to present the anime “Blade Runner: Black Lotus“, which will be released this fall. The audience rushed to assess the published video and immediately noticed that the picture turned out to be very high-quality and bright, but it was not without indignation.

So the audience wondered why the main character is so similar to Alita – the heroine of another project. The public was also not satisfied with the stereotyped plot, which has repeatedly been reflected in different stories.

Not found in the trailer and the genre of noir, which distinguishes the franchise and distinguishes it from the background of competitive films. But, of course, it makes sense to talk about the success or failure of the film only after the premiere – it is not known what awaits us outside the two-minute clip.

The creators were also criticized . For example, the fans have not yet forgiven the director Shinji Aramaki for Ghost in the Shell, which came out, frankly, mediocre, but now it has already entered a new story. Kenji Kamiyama will direct the film with Aramaki. Shinichiro Watanabe was appointed as the producer – there were no comments on his candidacy.

Let’s hope that all these claims to the film will remain unfounded and after the premiere the attractiveness of the tape in the eyes of the public will grow. Well, you will find the release date of all the Black Lotus episodes in our schedule.

Now that all the details are known, it remains only to be patient and wait for the show. We have no doubt that soon Blade Runner will receive a release date for the anime about “Black Lotus” and each viewer will see for themselves all the advantages and disadvantages of the new project of the franchise .