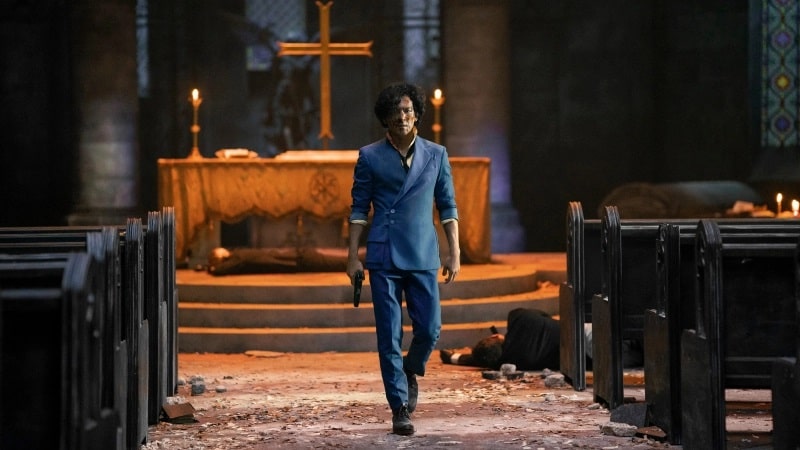 It’s not just TV shows that turn into anime – it happens that drawn characters also turn into live actors. For almost three years, fans of the anime “Cowboy Bebop” have been waiting for the premiere of the adaptation from Netflix and, finally, we have something to tell about the upcoming film.

From anime to TV series

Cowboy Bebop is originally a Japanese anime series released in 1998. At the center of events were hunters who traveled across the galaxy. At the time of the events, the year was already 2071 on the calendar. A total of 26 episodes were released, as well as a full-length film.

They started talking about the remake in 2017, but for a long time the work did not get off the ground. The first actors were approved only in April 2019.

After the selection of the main cast, filming began, but one of the actors on the set injured his leg and the work had to be shifted for another 8 months.

In the center of the plot will be the bounty hunter Spike Spiegel. Together with his “colleagues” he travels in a spaceship with only one purpose – to find the fugitives and enrich themselves on their heads.

We will see more information in the series “Cowboy Bebop”, the release date of which will take place – November 19, 2021.

Along with the information about the premiere, the first shots from the future series appeared. Attention was attracted by Danielle Pineda, who played the role of one of the hunters – Faye Valentine.

The main question of fans of the original anime is why such a small and shapeless girl was chosen to play the role. The thing is that in the animation film Wei has a thin waist and large breasts, and Danielle cannot boast of such a figure .

The actress even wrote down an appeal on her Instagram asking her to ask her for the anatomical structure of the body. Pineda noted that the creators would hardly be able to find a girl with the same parameters as the cartoon Faye.

Actually, the controversy regarding the selection of the actress has not subsided until now. Some viewers believe that if they could not find an actress with a wasp waist and a size 6 chest, then there was no need to start shooting.Others are sure that completely repeating all the subtleties of anime is unrealistic. and it is more logical to draw conclusions after the premiere.

Other actors and crew

And although Pineda is now in the spotlight, other actors also starred in the show. John Cho was invited to play key roles – it was he who injured his leg on the set, Mustafa Shakir, Alex Hassell and Elena Satin. There will be other performers, but in secondary roles.

The producer is André Nemec and the script was written by Christopher Jost, who previously contributed to Thor. Shinichiro Watanabe, who created the original, acted as a consultant.

All the cards are revealed and now cowboy Bebop fans are waiting for the release date of the new series. The day has already been designated, it remains only to wait a little .