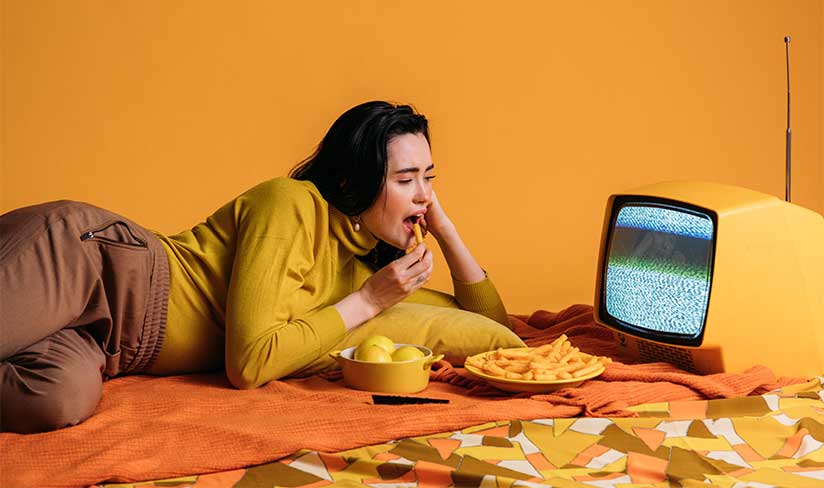 Eating disorders are terms that include a variety of psychological conditions associated with a poor or unhealthy diet. Dietary habits can change pathologically for anyone, from children and adolescents to the elderly.

But most often, young adult women who are obsessed with certain foods are involved in this disease of various types due to their weight and shape. These disorders often pose a health threat.

All types of disorders and food addictions are based on a perceptual psychology of one’s body shape and weight. At the same time, scientists have not identified one main reason. Violations usually begin unnoticed-people eat a little more or a little less food than usual.

The desire to change the diet becomes more and more pronounced until it becomes the goal of existence. The cultural environment is considered to play an important role because people, especially women, are forced to realize their ideals of beauty, which are largely determined by their weight.

The family also plays their part. Adults who show, encourage, and criticize their children, especially teenagers, are more likely to raise children with eating disorders. Other situations are also considered. The condition may be stress, difficulty communicating, loneliness, depression, other unpleasant feelings, or the diet itself.

Biology and genetic predisposition also play a role. Controlling appetite and food intake is very complex, with many hormones in the brain and body signaling hunger and satiety. Often, such hormonal changes are associated with metabolic syndrome.

This syndrome is called an obese companion because it is based on the inadequate sensitivity of cells to insulin and the associated disorders in fat and carbohydrate metabolism. Therefore, nutritional disorders not only lead to obesity, but conversely, even with mental well-being, obesity is the cause of certain disorders.

What types of eating disorders are the most common?

There are a host of different eating disorders. We also want you to know that only psychologists, psychiatrists and doctors can diagnose this. However, knowing more about these problems will help you better understand what is happening to you.Here are some characteristics of the most common eating disorders:

Anorexia, one of the most famous disorders, is characterized by the obsession with losing weight and the fear of gaining it. People who suffer from it will therefore limit their food consumption excessively, until it stops altogether.

Anorexia nervosa usually begins at puberty, and 90% to 95% of those affected are female. Within 10 years of its onset, 10% of people with anorexia will die from the disease and its complications, including by suicide.

Anorexia goes as far as self-deprivation of food and includes the following:

As the disorder progresses, health impacts can be:

Bulimia is characterized by ingesting very large amounts of food before purging it, either by making yourself vomit, using laxatives or exercising a lot. People with bulimia very often aim for weight loss, but dietary constraints lead to these crises where there is a loss of control over the amount of food consumed. Unlike people with anorexia, bulimics are normal weight or overweight.

In a person with anorexia, weight control is drastic, limiting the amount of food ingested. A person with bulimia nervosa eats, but then performs a purge.

More common than anorexia, bulimia can include the following:

Some possible signs of bulimia:

The fact that a person with bulimia may have a “normal” weight can help them hide their disorder from others. However, just like anorexia, bulimia is a very serious health problem requiring professional help.

Binge eating is somewhat reminiscent of bulimia, since people who have it will consume large amounts of food quickly, even if the feeling of fullness is reached. However, they will not try to purge themselves afterwards, as is the case with bulimia. Binge eating often leads to overweight.

This disorder does not imply the purges seen in bulimia, but may involve cycles of dieting and fasting. Some possible external signs:

What treatment do we have?

Orthorexia results in an obsessive need to eat in a healthy and diet correct way, even if the person does not want to lose weight. Foods consumed are preferred according to their virtues rather than their taste. At the same time, all foods considered “unhealthy” are completely excluded from the diet, from dairy products to cold meats, including meat.

While all of us snack from time to time, snacking becomes an eating disorder when all of these “snacks” constitute a large amount of food in addition to meals. Pathological snacking often leads to overweight.

What are the causes of eating disorders?

Generally speaking, young women and adolescent girls are the most affected by eating disorders, although they can affect anyone at any age.

Eating disorders are said to be the result of a combination of psychological, biological and social factors.

Eating disorders are harmful to both physical and mental health. They can disrupt family life, friendship and everyday life. Eating disorders almost never go away without professional help. The sooner help is obtained, the easier the recovery will be.

If thoughts about food, diet, and body image start to worry you, it’s time to seek help. The earliest would be best.

These disorders range from mild to extreme. On the lighter side, we find irregular eating patterns, such as skipping meals, eating a yoyo effect. However, on the extreme side there are medically listed eating disorders that can potentially be life threatening.

What are the effects of eating disorders on health?

Unfortunately, eating disorders have negative repercussions on health, both short and long term. Among these, there may be:

Too frequent vomiting can also lead to inflammation of the esophagus, dental or gum problems.

People with eating disorders may experience anxiety , depression, irritability, feel like they are alone in the world, have difficulty concentrating and / or sleep disturbed. Guilt or shame is also often felt.

Eating disorders also have an impact on relationships with those around them , friends and family. People who suffer from it will tend to isolate and withdraw into themselves, as much to avoid the occasions when there will be food as out of guilt or to hide binge eating.

How to treat eating disorders?

If you or a loved one is struggling with an eating disorder, rest assured: there are several possible treatments and interventions to overcome it.

As is often the case in health, early diagnosis is important and will help in the management of the disorder. Most of the time, a combination of different approaches is favored: medical follow-up, nutritional advice, individual or group psychotherapy, etc.

The medication can also be used, both to relieve symptoms of depression and anxiety and for the eating disorder. In some cases, hospitalization may be necessary.

You may not have one type of true disability, but excessive obsession with a rigorous diet that is useless and overweight put you at risk. Treatment and prevention begin by identifying discrepancies in food, stress, weight, and body perception.

Many people with food addiction recover completely, but recurrences are common and can occur months or years after treatment.

The first step in treating anorexia is to restore normal weight. The greater the patient’s weight loss, the more likely it is that the patient will need to be hospitalized to ensure adequate food intake, including oral administration as needed. It is prescribed with a small diet and gradually increases caloric intake, which can take several years.

With bulimia, the need for hospitalization is much less. Nutrition plans are also in place and it is often necessary to keep a meal diary. Group-style psychological support is most effective for this illness.

For any type of disability, the work may be paired with a psychotherapist and medications may be prescribed to relieve anxiety. Doctors have several treatments that change the psychology of eating disorders to better cope with conflict and stress.

All types of cognitive-behavioral therapy (CBT) are actively used to identify healthy ways to deal with problematic beliefs and emotions. Dialectical behavior therapy also combines cognitive and behavioral techniques as an approach to overcoming painful emotions. Suitable for people who react to emotional situations that are too extreme.

Acceptance and responsibility therapy is another form of effective support that helps build a healthier relationship with emotions and intellect and helps recognize and understand illness-related thoughts and urges.

My impulse. The direction of interpersonal therapy helps solve the subjective problems of low self-esteem and anxiety, and provokes a desire to eat.

Family therapy is important for people with eating disorders, especially children and adolescents, as it can help heal the entire family and deal with life-threatening situations. Psychotherapy teaches you to recognize and overcome the following problems:

In the case of binge eating, it is important to maintain long-term results in the correct way from obesity treatment and a series of ineffective diets. The action of the drug is based on blocking the absorption of fat (eg Listat, Orlistat) or reducing appetite (eg Goldline Plus).

Orlistat is a substance found in several weight loss medications sold under various brand names. It can block the absorption of up to 30% of fat from food, thereby reducing total calorie intake. Orlistat acts only in the intestinal tract, so it has a good safety profile and can be taken continuously for up to 4 years.

However, undigested fat is naturally excreted unchanged, causing side effects such as flatulence, abdominal pain, and steatorrhea, limiting the use of orlistat in people with an active lifestyle. The exception is the drug Listata, which is introduced as an adjunct to gum arabic, which emulsifies fat and minimizes these side effects.

Goldline Plus, another well-known drug for the treatment of obesity, has a radically different mechanism of action. It suppresses appetite and makes even the most beloved dishes less attractive.

By the end of the first week, it often reveals how much over-nutrition was, which greatly increases willpower and self-confidence. With a conscious feeling of hunger, one serving is reduced and it becomes a healthy habit.

The formation of correct feeding behavior contributes to the long-term preservation of the results achieved after drug withdrawal. Goldline Plus can be safely used for up to 2 years, including chronic illnesses such as diabetes. In addition, cellulose, which is part of Goldline Plus, acts as an intestinal flora, normalizing the intestinal flora and detoxifying, or purifying toxins.

It is worth remembering that weight loss medications are not intended to replace them, but are intended to be used in combination with diet, exercise, and behavioral changes. Due to the vast amount of false information about eating disorders, these serious illnesses are often misunderstood, oversimplified, or generalized.

It is not uncommon for a person to be considered an unwilling eater instead of helping. Few people know that a series of diets is not only ineffective, but also dangerous to their health.

Pharmacotherapy and professional support, timely diagnosis and prevention of obesity are the keys to breaking the virtuous circle.

What treatment do we have?

Eating disorders are complicated. Treatment will require the combined help of experts in medicine, psychology and nutrition, as well as that of the family. The basic goals of treatment are to restore health, achieve and maintain a healthy weight, adopt Znormal eating habits, and feel better psychologically and physically.

Treatment may include the following:

NOTE: Do not use any of the medicines given here directly. Before using or for more information, you must talk to your nearest psychologists, psychiatrists or doctors . If you want to consult doctors online, click here