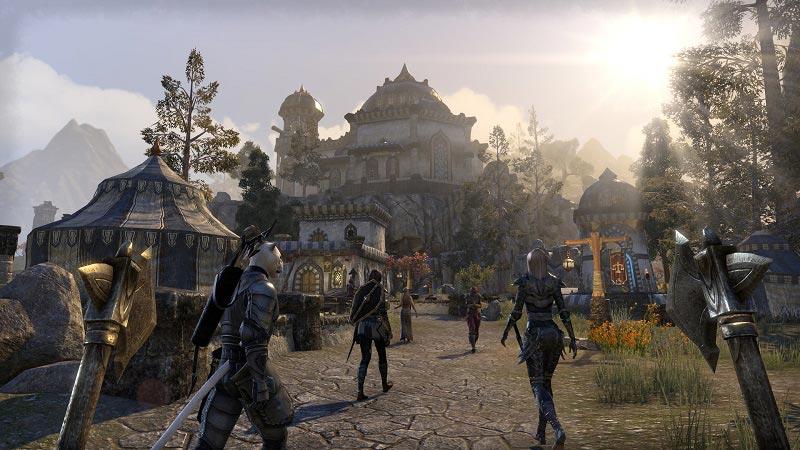 Rumors do not lie Bethesda plans to release the sixth part of the game about the Elder Scrolls. And recently, the Internet spread the news about the release date of The Elder Scrolls 6, and the company, as promised, provided the first teaser trailer, which shows the picturesque places of the new world of the 6th part.

What the new teaser tells us, and when to expect the premiere of “TES 6“, we will tell you in this article. As we said earlier, Bethesda released the first official trailer for this game in 2018.

Although the official release date of The Elder Scrolls 6 is not yet known, we analyzed the available resources and concluded that the premiere of the 6th part of the game will take place no earlier than 2023 .

A quick tour of the Elder Scrolls

Gamblers put forward a version that the online game of the ancient scrolls is their last brainchild, but there were also those who disagree with this version. After all, this story is already more than 20 years old!

The first edition was released in 1994 and most of you haven’t even played this game. But everyone knows Skyrim, not as well as Morrowind, but everyone is equally waiting for the continuation of this wonderful game.

You can also download The Elder Scrolls online, the release date of which took place back in 2014, but you will have to pay $ 50 for it, I myself have not played it, but they say, in addition, you need to download 50 GB to your computer and this is not very happy.

But let’s talk about the 6th part of the ancient scrolls, there are suggestions that actions will develop in Argonia , on the lands of the lizards.

It was rumored that Skyrim would again become the location, but what’s the point, Alduin is dead and there is no one else to fight with.

The well-known company Bethesda knows how to intrigue fans and increase interest in their products. We were promised to release an official trailer for the game in mid-2018.

As a result, we have a short teaser, where we are shown new lands. Everything. The creators have made no hint of what , against whom we fight, and someone to fight a new chapter. But the fans are demanding answers , and we will try to satisfy your curiosity as much as possible.

To begin with, the first and most important point that torments every gamer is the terrain of The Elder Scrolls 6, and with a 95% probability this is the province of High Rock. If you disagree , feel free to voice your opinion in the comments.

Many have already put forward a rebuttal, stating that the terrain shown is suitable for Hammerfell. Both options, in fact, are equally true, because the map of Tamriel clearly shows three headlands, next to High Rock and Hammerfell.

Similar protrusions can be seen in the frame of the trailer for “The Elder Scrolls Part 6“.

As for the main enemy and the next end of the world, the conclusion suggests itself that the dragon’s breakthrough into the human world will soon show dire consequences.

In addition, the Aldmeri Dominion may remind of itself at a not very good moment , but this is speculation, as soon as new information about the game TES 6 appears, we will immediately inform you.

But we declare, warning of inquiries – the release date will not take place before 2021, and this is evidenced by several facts:

To be honest, I can’t even imagine what the developers can still come up with, and what chips will surpass the dragons. Any suggestions? Share them in the comments. Well, we promise – when we know the official release date of The Elder Scrolls 6, we will definitely inform you.