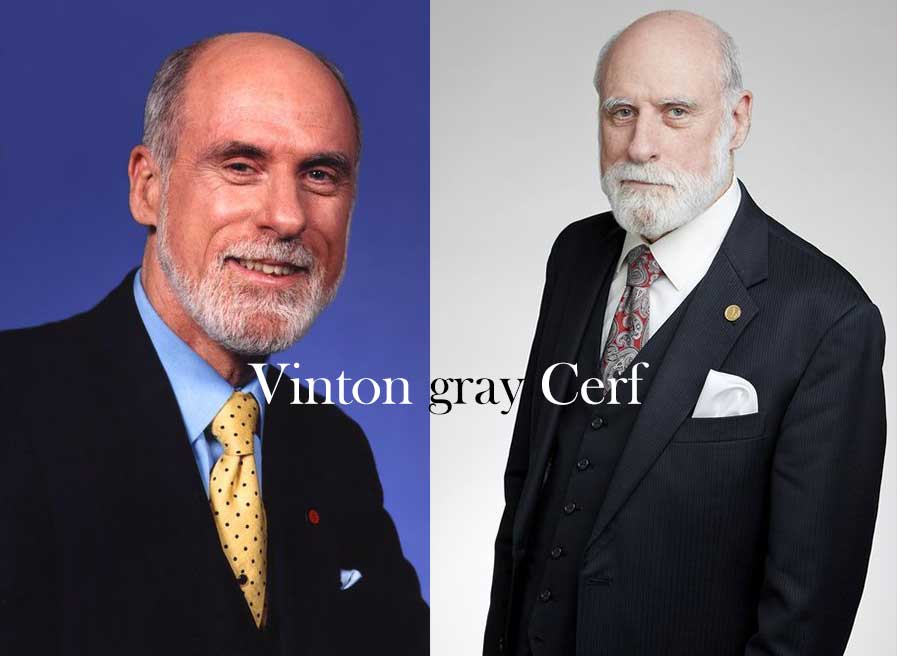 In today’s era, everyone is using the Internet. As technology is progressing in our world, the use of Internet is increasing in the same way. But do you know who is the father of internet? Let’s know about the founder of internet.

Who is father of internet?

Vint cerf is the father of internet and his full name is Vinton Gray Cerf.

He is the one who developed the TCP / IP protocol, thereby providing the ability for hundreds and thousands of servers to communicate with each other, while providing millions of people with access to information, although until recently it looked like a little reality.

Who is this genius of our time, who embodied in reality, it would seem, things that were beyond the bounds of fantasy?

Founder of internet Vinton Gray Cerf short name is Vint Cerf. he is the creator of the TCP / IP data transfer protocol, the patriarch-creator of the Internet, the chairman of the International Corporation for the Assignment of Names and Numbers on the Internet (ICANN), vice president of Google Inc., American programmer, computer scientist, mathematician.

His contribution is hard to overestimate, Vint was repeatedly awarded honorary scholarships and awards, his “bins” keep the National Medal of Technology, the Presidential Medal of Freedom and the Turing Prize.

He is the author of many predictions regarding the role of modern technology in the future of mankind.

Vint Cerf, his full name is Vinton Gray Cerf, was born on June 23, 1943 in New Haven (Connecticut, USA). His father was an aeronautical engineer who worked for the Rocketdyne rocket engine company. Surf spent his school years in the Los Angeles suburb of Van Nuys, and then entered Stanford University.

During his studies, Cerf developed an aptitude for mathematics. Already at that time, he began to develop an interest in computers. He was attracted and fascinated by science fiction, especially the works of Ray Bradbury and Hall Clement.

In 1965, Wint received a bachelor’s degree in mathematics. In 1965-1967 he worked for IBM, in 1967-1972 – at the University of California at Los Angeles. Vinton Gray Cerf received his master’s degree in computer science in 1970 and in 1972 he defended his doctoral dissertation.

At the University of California, Vinton Gray Cerf began working on the immediate predecessor of the Internet, the ARPANET.

In 1970, on this project, Cerf began collaborating with the second “father of Internet” Robert Kahn.

“I am not the father of the Internet. Bob Kahn invited me to participate in a program he started while at DARPA. We worked very closely together to develop the basic structure of the Internet.

Therefore, it seems to me honest to consider both “fathers of Internet”.

Ans: in the 2021 It is estimated that the net worth of Vint cerf is $40 million, according to our source.