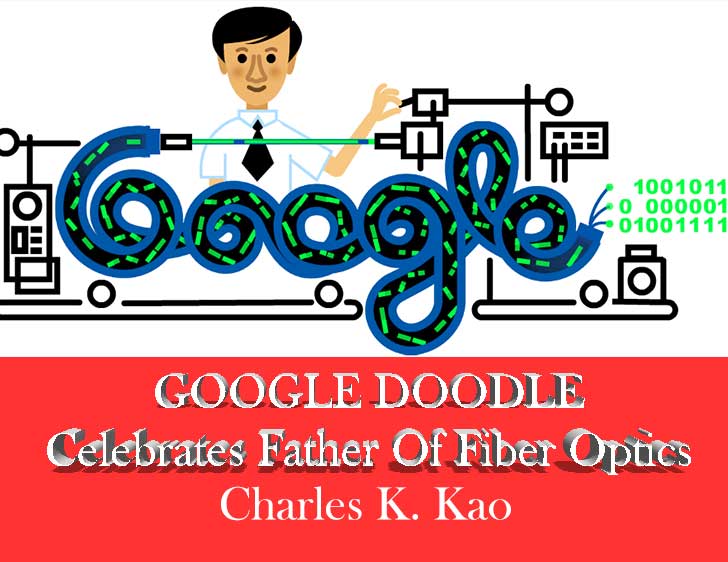 Charles K. Kao is The engineer, Nobel Prize for Physics in 2009, would have celebrated his 88th birthday on November 4.

Charles K. Kao revolutionized the internet. Charles K. Kao, a native of China, a British-British engineer, would have celebrated his 88th birthday on Thursday, November 4, 2021.

The father of optical fiber, which provides the fastest internet connection, was awarded the Nobel Prize in Physics in 2009 for his revolutionary global invention in the field of communication fibers.

Born in Shanghai in 1933, Charles K Kao has been interested in science since childhood.

His family moved to Hong Kong in 1948 because of the country’s political instability. Then, the young student continued his university studies in Great Britain, where he graduated in 1957 from Greenwich University in London (formerly known as the “Woolwich Polytechnic”).

Charles K Kao specialties are electrical electrical engineering In 1965, he received his doctorate from the prestigious University College in London.

In the 1970s, he became a researcher and worked with the University of Hong Kong in China before working in the private sector, especially in the US-based ITT Corporation, which specializes in telecom.

It was from 1966 that Charles K. Kao became interested in optical fibers as a means of telecommunications. For this, he studies optical physics.

Thanks to numerous experiments, Charles K. Kao and his teams finally determined that silica glass, thanks to its high purity, allows rapid progress in optical communication. Thus, the fiber carries laser light over longer distances, before degrading in quality.

In 2002, the engineer was diagnosed with Alzheimer’s disease. He and his wife created a foundation in 2010 to make the disease better known to the public, so that it is no longer a taboo. He died on September 23, 2018, in Hong Kong.

A revolutionary in the field of fiber optics, physicist & Nobel-laureate Charles K. Kao cleared the way for the modern internet 💻#DidYouKnow? 900 million+ miles of fiber optic cables carry information across the 🌎 today!