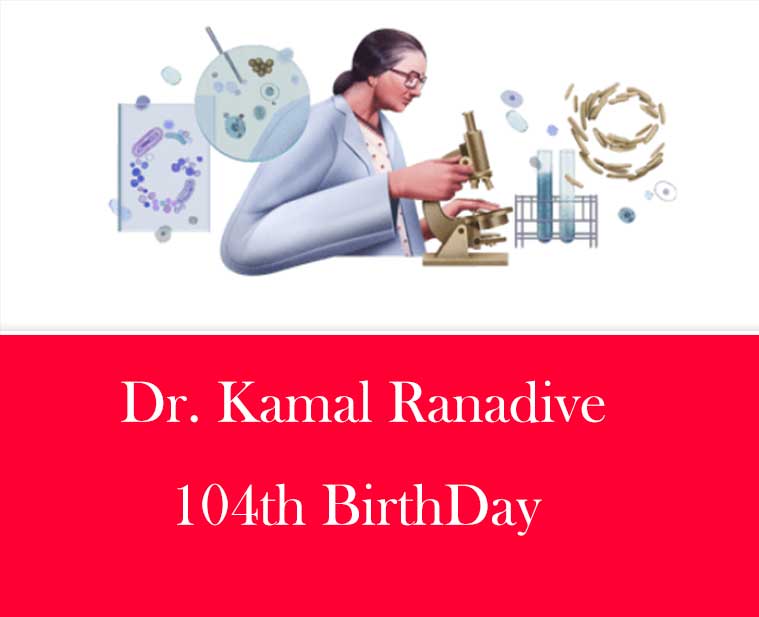 Nowadays, what is the area where women do not work? Especially in India, where for decades women were taught to be good housewives, today they are doing both housework and jobs well, but have you ever wondered who started it in India? .

Now, the status quo of women, which is the height, was started by many women, one of which we are going to tell you about today. Dr. Kamal Ranadive’s was awarded the Padma Bhushan.

Dr. Kamal Ranadive’s did a lot of research on cancer in the early days. In fact, he first proposed a link between breast cancer and heredity. Many researchers have since confirmed this

Fortunately, Kamal Kamal was born in a house where men did not think it was wrong to teach girls and stand on their own two feet. Kamal’s father, Dinkar, was a professor of biology at Ferguson College in Pune.

His goal was to ensure that all children in the home, especially daughters, received the best education possible.

Kamal fulfilled his father’s hopes. He passed with good marks in every trial of his life Kamal is always learning something new and looking good in it

Similarly, seeing her daughter’s mind, her father wanted Kamal to be a doctor and he should also marry a doctor, but Kamal did not choose that path, he studied botany and zoology from Ferguson College and became the first and foremost Indian. Women Scientists Scientists

She was also a founding member of the Indian Association of Women Scientists (IWSA).