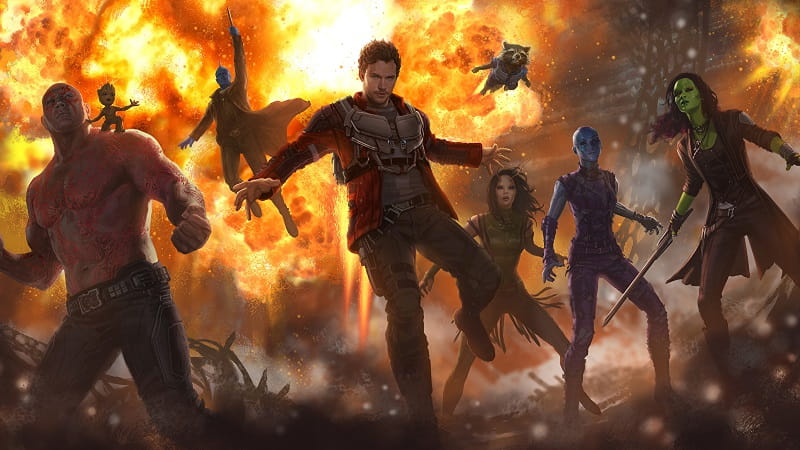 Gamers at a low start – a new exciting adventure is about to be released, in which users of all modern devices can immerse themselves. The creators indicated when the premiere of the game “Guardians of the Galaxy” will take place, and also announced some details.

Guardians of the Galaxy is an action-adventure computer game developed by Eidos Montreal. According to the synopsis, users will control a hero named Peter Quill, aka Star-Lord. The player will have weapons and jet boots for flying.

Together with Peter, Gamora, Rocket, Groot and Drax will participate in battles with enemies. Users will not be able to control them, but they will help in battle.

The decisions made affect the development of the plot – the branch of the development of events is variable and directly depends on how Quill will behave in different situations. At the same time, the ending of the adventure is always the same.

Together with the synopsis and release date, a trailer appeared on the network, as well as footage from the game, which only inflame the interest of gamers.

The audience notes the cool gameplay, but disappointed with the appearance of the heroes .

Viewers noticed that the characters would look more laconic in the image of those actors who embodied them in films.

Probably, this was difficult to implement – the participating actors would have asked the creators for a large sum for using their appearance.

One way or another, the release of Marvel’s Guardians of the Galaxy can be safely attributed to the list of expected – gamers can not wait to become Star-Lord and punish all enemies.

And then the creators tried – after the release date, everyone will be able to become the main character. The list of supported devices and PS includes both 4 and 5, Xbox, Windows, and Nintendo Switch.

System requirements are also acceptable to us, they do not yet tell how much memory is needed on a hard disk and what kind of RAM should be. For PC – Windows 7 and higher. Otherwise, nothing remarkable or unique – typical requirements for a modern game.

Only a few months left until the premiere and Guardians of the Galaxy are awaiting a release date. The team members are ready to accept new heroes who will help save the universe from what seems to be imminent disaster. The creators are sure – you can. Probably.