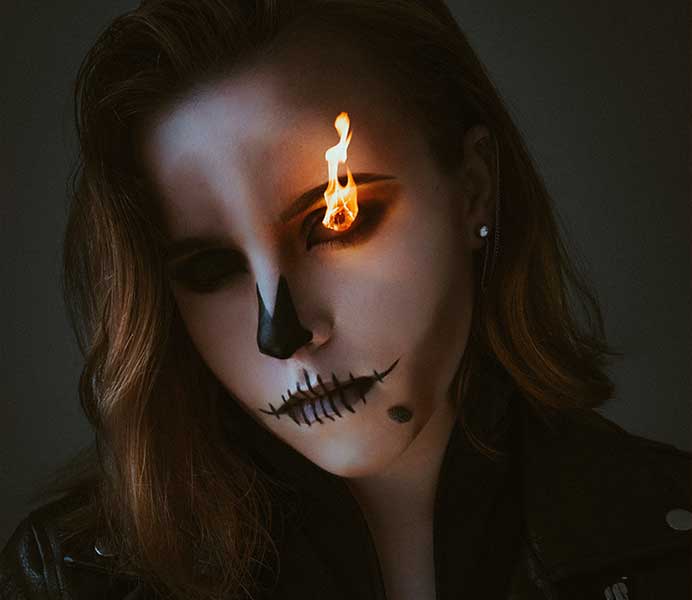 Halloween celebrated The night of October 31 to November 1. Children march through the streets disguised as monsters, ghosts or witches and knock on doors to collect candy.

Halloween is an opportunity for children to dress up and eat candy, Teenagers too are happy to play the game. But what is the origin of this festival of horror which precedes All Saints’ Day and the feast of the dead?

Samhain Celtic Fest, date back more than 2,500 years, is considered the ancestor of Halloween. This holiday marks the end of the year and New Year’s Eve.

The Celts believed that the border between the world of the dead and the living was open at night and that the spirits came to visit the living.

The Sainthon celebration, celebrated in Ireland and Scotland, was gradually deplume by all Catholic saints, beginning on November 1 in the eighth century by the Catholic Church.

Halloween was first a Celtic religious holiday . It was celebrated 2000 years ago for a week to mark the change of year that was at the time around November 1.

This tradition lasted longer among the Celts of Ireland and Great Britain than in the rest of the European continent, before being transported to the USA in the 19th century with Irish, Scottish, etc. migrants.

Even if today Halloween is sometimes criticized for being an American commercial celebration, it therefore actually comes from Europe, and was a religious holiday in the same way as Easter or Christmas, even if today this aspect has almost completely faded away.

The word Halloween – a modern version of Celtic Samhain – comes from ” All Hallow’s Eve ” which means ” All Saints ‘ Eve “. The main symbol of this holiday is the pumpkin or pumpkin, which are turned into a lantern for the occasion.

Halloween imagery is particularly relevant to the time of year: fall is pumpkin season and during this time the nights are long, which evokes darkness, fear and all that goes with it, ghosts. , vampires, witches and other monsters.

In English-speaking countries since the beginning of the 20th century, children have had the habit of ringing the doorbell saying “Tricks or treats!” ( “Candy or a bad trick!” ). Halloween is celebrated the most in North America and the United Kingdom.

In Ireland, it is a very popular festival attended by children and adults who dress up and light big fires. In Canada, the party has grown and houses are competing in creativity to transform into real horror palaces that night.

But today this holiday is celebrated more and more in all regions of the globe, even some that until then did not seem interested in it, such as Japan or the Caribbean.