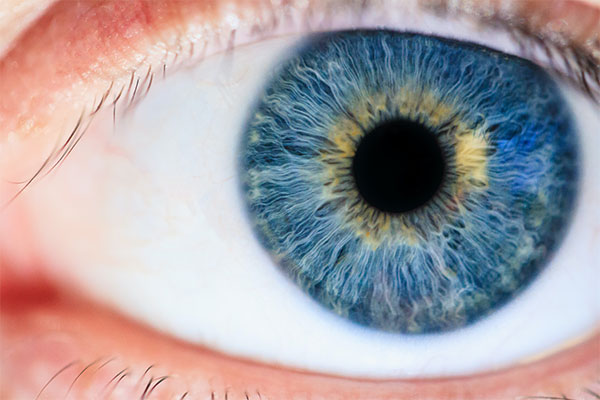 How far can the human eye see ?

How far can the human eye see ?

The human eye is actually a “super camera” with up to 576 million pixels. The human eye can distinguish 10 million colors.

In general, visual acuity is the ability of the eye to distinguish the shape and existence of an object. There are four types of eyesight:

The Randold ring is a target defined by the 1909 International Ophthalmology Society, and is shaped like the letter C. The size of the Randold ring, which shows a visual acuity of 1.0, is 7.5 mm in diameter, 1.5 mm in thickness, and 1.5 mm in width of the cut. Looking at this from a distance of 5m, the viewing angle is 1′(1/60 degrees).

Mainly color vision and figure shape identification (≒ visual acuity). On the other hand, rod cells work when it is dark, and it is said that there are about 100 million rod cells on the retina, which mainly distinguish between light and dark and sense movement.

Visual acuity depends on pyramidal cells, and it is said that the diameter of the pyramidal cells in the fovea centralis of the retina is about 2 μm and the visual angle is about 30 seconds.

However, in reality there are people with better eyesight.

About 10 years ago, there was a TV program of the Japanese TV series called “World ☆ Records“, in which a 26-year-old man from the Kenya Masai tribe set a record of 6.0 eyesight. 6.0 means that you can read the target of 0.6 on the normal 5m visual acuity chart from a distance of 50m.

How far can the human eye see if someone has a very good eye?

It is indispensable to see things in life, but at that time, eyesight is a concern .

By taking a visual acuity test, you can objectively obtain information about “how many eyesight“. If you have poor eyesight, adjust your glasses and contact lenses based on your eyesight.

Generally speaking, “visual acuity” is the ability of the eye to distinguish between two points that are separated from each other .

The distance at which the eyes can be distinguished is expressed by the angle at which the two points are reflected in the eye, and this angle is called the visual angle . The unit is minutes (1 / 60th of a degree).

A distance of 1.5 mm when viewed from 5 m ahead corresponds to a viewing angle of about 1 minute, and if two points closer than this cannot be distinguished, the minimum viewing angle is 1 minute, that is, the visual acuity is 1.0.

The visual information that enters the eye is inside the eyeball.It is transmitted to the brain from that part.

The photoreceptor cells (cells that convert light into electrical signals) in the retina control vision and color vision.Sensing cells and light and darkThere are two types of cells .

And the pyramidal cells are in the middle of the retinaBecause there are many in this part, the eyesight is highest when looking at the center of the visual field.

Therefore, the distance between two non-adjacent pyramidal cells (the angle formed by ) determines the minimum visual angle of the eye and determines visual acuity.

The limit of actual eyesight

In reality, it is difficult to accurately estimate the upper limit of vision due to various factors other than the distance of pyramidal cells.

For example, when the brightness of what you are looking at changes, so does your eyesight.

In addition, the light that enters the eye passes through the crystalline lens (the part corresponding to the lens of the camera) and forms an image on the retina, but if the thickness of this crystalline lens is not appropriate, it will not be in focus and the eyesight will deteriorate. (The abnormalities caused by this are myopia and hyperopia ).

By the way, there is a theory that the high visual acuity of the Maasai people in Africa is more related to the environmental factor that the ability to adjust focus is trained by looking at animals in the distance than the genetic factor. For those who want to push the limits of human vision, it may be a good idea to start by training your eyes.

On a pure, clear, moonless night, human eyes can see a little candlelight 27 kilometers away;

The farthest celestial body seen in human history so far is GRB 080319B. The celestial body had a gamma-ray burst on March 19, 2008. It was 7.5 billion light-years away from the Earth and its apparent magnitude reached 5.8; in other words, The naked eye saw the light emitted 7.5 billion years ago.

(Jasper Park in the Canadian Rockies is the world’s second largest dark night starry sky reserve. Every autumn is Jasper’s “Star Moon“, one of the most perfect stargazing spots.)

(The Milky Way over the Chilean Atacama Desert; the world’s dry pole Atacama Desert is also one of the four major stargazing attractions.)

How small can the human eye see clearly?

But human beings are by far the only intelligent life in the universe. The greatness of human beings is to invent and explore the unknown with the help of tools.

Below is a group of photos taken by scientists using high-performance microscopes to zoom in on tomatoes, dust, butterflies, and bees.

(The tomato magnified thousands of times seems to have entered a whimsical world).

(After magnified thousands of times, the butterfly’s eyes look like monsters from another world.)

(After magnified thousands of times, the bee feels inexplicable chill and fear.)

(Dust in the house under a high-power microscope.)

Also read : What Do i want To Eat ? 14 Nutritious Foods To Eat