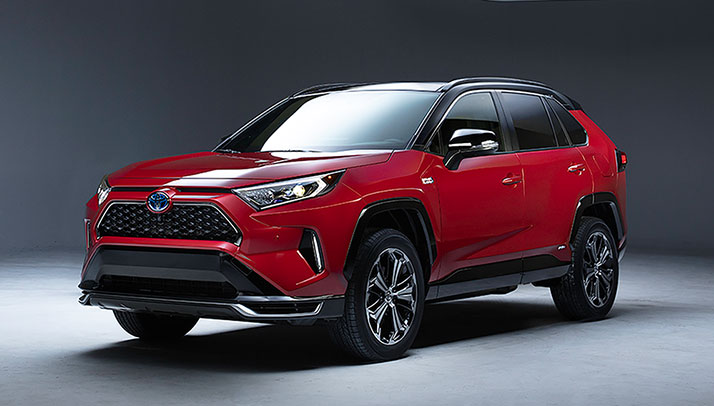 Geely Automobile (Geely), the top Chinese private automaker, announced joint development of power-train technology for next-generation hybrid vehicles (HV) with Daimler AG in November 2020, and in July 2021 a local battery manufacturer. And started construction of a battery factory for HV.

In July 2021, Great Wall Motors (Great Wall), which ranked second, announced the “Herbal H6,” the first HV vehicle developed on its LEMON platform. In China, where the shift to electric vehicles (EVs) is the norm, the movements of the above two companies have led to increasing attention to “energy saving of gasoline-powered vehicles.”

China has set a goal of peaking out carbon dioxide (CO 2 ) emissions by 2030 and realizing a carbon-free society by 2060. Is demanding the spread of.

The current standards implemented in 2014 will be switched to international standards, and the pressure to save energy in automobiles will increase further, and automobile manufacturers will be required to comply with this regulation.

Such a trend is likely to stimulate demand related to energy-saving vehicles and be a tailwind for Japanese companies that have cultivated the world’s top-level energy-saving technology.

What will change with the new standard?

In addition, in the fuel efficiency evaluation standard, the fuel consumption limit of the vehicle will be changed from “staircase type” to “straight line type“, which is evaluated in 16 stages according to the vehicle weight.

Above all, the change of the test cycle including the “Country 6” standard of China’s automobile emission regulations was positioned as an important issue.

The fifth stage fuel economy regulation based on the above new standard is an important technical to promote the fuel economy target (CAFC regulation) required for passenger car manufacturers and the “double credit regulation” for new energy vehicle (NEV) production. It becomes an index.

Applying the new standard will have various implications for the Chinese automobile industry. The first is the deterioration of fuel efficiency in the catalog of passenger cars due to the introduction of the WLTC mode test.

Why does the indicated fuel consumption worsen?

Since the existing mode test describes “fuel consumption at a constant speed” in each mode of urban area, suburbs, and highways, the actual fuel consumption tends to be worse in areas where idling stop is repeated such as in congested urban areas.

In addition, since there are more acceleration / deceleration tests than the conventional NEDC, it is expected that the mileage and mileage will be longer, and as a result, the indicated fuel consumption will deteriorate overall.

In addition, complying with the “double credit regulation” has the effect of increasing the manufacturing costs of automobile manufacturers, and in particular, reviewing engine development policies has become an urgent issue for manufacturers.

Looking at the data calculated by the Ministry of Industry and Information of China in 2018, by introducing fuel-efficient technologies such as improved power source, weight reduction, and electrification, fuel efficiency will be 4.3L / 100km (= 23.3km) by 2025. If it can be improved to / L), the cost per passenger car will increase by 270,000 yen.

Therefore, some local automakers have no choice but to pass on the increase in manufacturing costs to the selling price, and there is concern that price competitiveness will decline. As a result, automakers are expected to further accelerate the EV shift.

Even if the above-mentioned energy saving of power sources is promoted, each company will need a certain ratio of EV production to achieve the 2025 target (4.0L / 100km, NEDC base).

In addition, local brand small vehicles (displacement 1.6L or less) equipped with a turbo engine have a larger difference between actual fuel consumption and notation fuel consumption than medium to large vehicles.

It is difficult for a local automobile manufacturer, which specializes in producing such small cars and low-priced cars, to focus on energy-saving engines with complicated structures and high development costs. Therefore, the production of small EVs will increase.

Will it be an opportunity for Japanese parts manufacturers?

In China, the number of consumers who are conscious of low fuel consumption is increasing, and fuel consumption competition is fought among manufacturers. Also, when choosing an EV, many consumers pay attention to the cruising range.

In the future, if the new standard is applied to EVs, the cruising range described in the catalog will be shortened because it will be measured even when using an air conditioner.

In addition, from 2025, the WLTC mode will be shifted to the application of the “CATC standard”, which is a car driving mode system unique to China.

In fact, of the complaints (quality, after-sales service, etc.) from January to July 2021 compiled by the “Vehicle Quality Network” that provides recall information in China, 1380 complaints were received regarding electric vehicles (EV). In particular, the number of battery / powertrain related cases including “the actual mileage is shorter than the catalog notation” is conspicuous.

With this new standard, not only local automobile manufacturers in China but also Western manufacturers that adopt turbo engines will be forced to review their engine technology.

In addition, Japanese HVs, which are performing well in China, are expected to have a fuel efficiency difference of 10% to 15% compared to the current level in WLTC mode.

On the other hand, Japanese automobile manufacturers mainly use naturally aspirated engines, so the difference in fuel consumption in WLTC mode is smaller than that of turbo engines.

Since 2010, turbo engines have become the mainstream of the Chinese passenger car market, but now, engines made by Japanese manufacturers with a simple structure and low cost are attracting attention again.

In the future, automakers will need to improve consumer satisfaction not only in terms of fuel efficiency, but also in terms of increasing the capacity of in-vehicle batteries, reducing the weight of the vehicle body, improving safety and driving performance, and reducing costs accordingly. We need to focus more.

In the energy-saving vehicle field, Japanese parts manufacturers are still showing strong competitiveness, but as demand for energy-saving parts increased due to the “Country 6” standard introduced in 2020, Japanese companies continue to take environmental measures by the Chinese government. It is essential to keep an eye on changes in regulations and regulations.