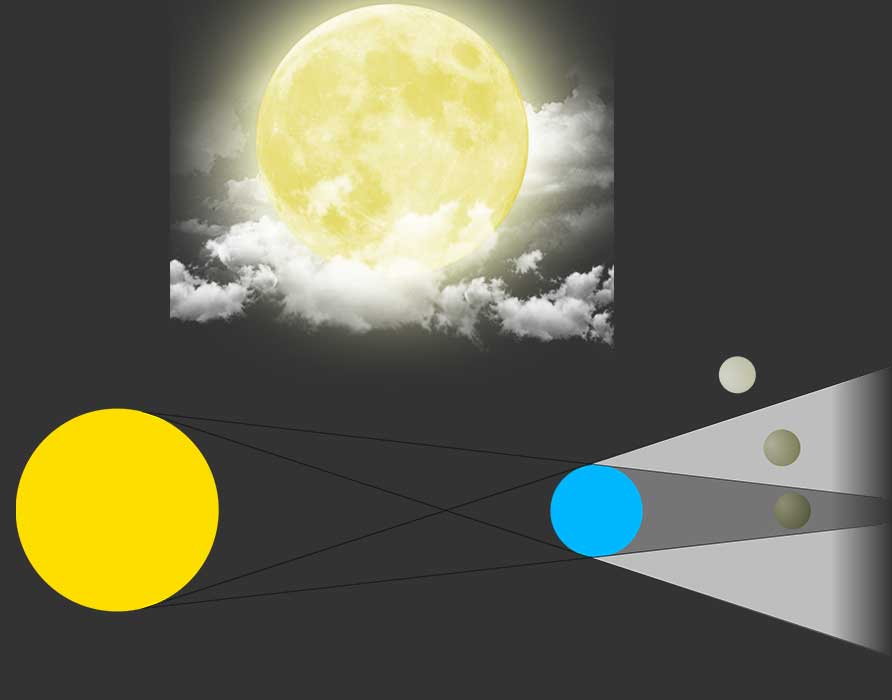 Lunar Eclipse 2021: According to Director of Research and Academic at MP Birla Planetarium, Debiprosad Duari. It will start at 12.48pm and end at 4.17pm.

An eclipse is the total or partial disappearance of a star which ceases to be visible when another celestial body positions itself between it and an observer.

The word “eclipse” comes from the Greek word ekleipsis which means “forsake, forsake”. On Earth, it is common to be able to observe four to seven eclipses per year. A partial lunar eclipse occurs when the Sun, Earth, and Moon are nearly aligned (in that order).

All lunar eclipses therefore take place at the precise moment of a Full Moon. The latter then passes into the penumbra cone and then partly into the shadow of the Earth and then becomes partially deprived of the light coming from the Sun, we can observe two types of eclipses:

What is solar eclipse?

A solar eclipse , also called a solar eclipse, results from the passage of the Moon between the Earth and the Sun.

The Moon then blocks sunlight from reaching a certain portion of the Earth, casting a shadow instead in that area. The region of the Earth that is in the shadow of the Moon is plunged into complete darkness: it is the total eclipse (the Sun is entirely hidden by the Moon).

The region of the Earth that is in the twilight still receives a little light: we observe a partial eclipse in this region (only part of the Sun becomes hidden from the observer).

The total duration of a solar eclipse is about two hours, during which the light will gradually disappear. Total darkness lasts about 8 minutes. Solar eclipses always take place during the day, on the new moon. They take place, on average, every 18 months.

What is lunar eclipse?

A lunar eclipse occurs when the sun, earth, and moon are aligned respectively. The shadow of the earth is therefore projected on the moon which conceals it for a certain time.

There is no danger in viewing a lunar eclipse with the naked eye.

Direct observation of a solar eclipse can severely damage eyesight and even cause blindness. You should NEVER look directly at solar eclipses. Even though the light is masked by the Moon, other rays, invisible, continue to reach the ground.

However, we can safely have recourse to indirect observation (by projecting the image of the eclipse on a cardboard for example) or to the use of filters to carry out a safe observation.