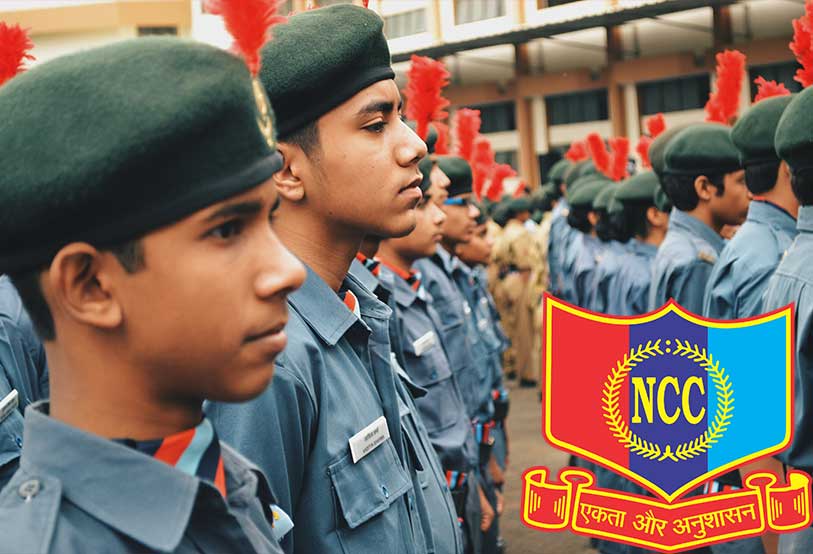 You must have heard many times about NCC. But do you know the actual meaning of NCC? The NCC full form is “National Cadet Corps“. Now the question in your mind will be that what is this National Cadet Corps? So let’s talk in detail about today’s topic NCC.

The NCC meaning: it stands for Military/ National Cadet Corps of India which gives military training to students of schools and colleges. This includes the Army, Navy and Air Force.

Therefore, if you are in school or college or have passed out, then you remember that there used to be NCC or Red-cross in your time. In which students used to participate. NCC has another meaning which is the future force.

I also remember that before joining NCC, all the students used to have some physical taste. And finally everyone was given an NCC certificate. Its goal is to make students disciplined and patriotic citizens. The NCC headquartered in Delhi and its directorates are located in different states of India.

It was first started in Germany in 1666. In the early 1940s, Pandit Hriday Nath Kunzru suggested the established of a cadet organization in schools and colleges at the National Level in India.

It was created in India on July 15, 1948, after the then-Governor-General adopted the National Cadet Corps Act. In 1948, the NCC’s Girls’ Division was established to provide equal opportunities to girls and girls attending school and college.

In 1968, it became voluntary again During the 1965 Indo-Pakistani war and the 1971 Bangladesh-Pakistan war, NCC cadets served as the second line of defense.

What is the official song of NCC?

How to get NCC certificate?

Also Read   What is a Freelancer and Meaning? Make Money Platform

Or If for some reason you are not able to join NCC group between class 9th to class 12th, then you get a chance to join NCC again at the time of graduation (BA, BSC).

If you get the A certificate of NCC, then when there is any exam in the army, then you are given a relaxation of 5 numbers.

In these also you get NCC, in these 3 years of graduation (1st year, 2nd year, 3rd year) you get A, B, C certificate.

If you want Indian Army job then NCC is an opportunity for you. The advantage of NCC is that its jobs come specially in the army.

Here ncc candidate is included directly. In the army, you are admitted to the army only by doing physical test and medical test.