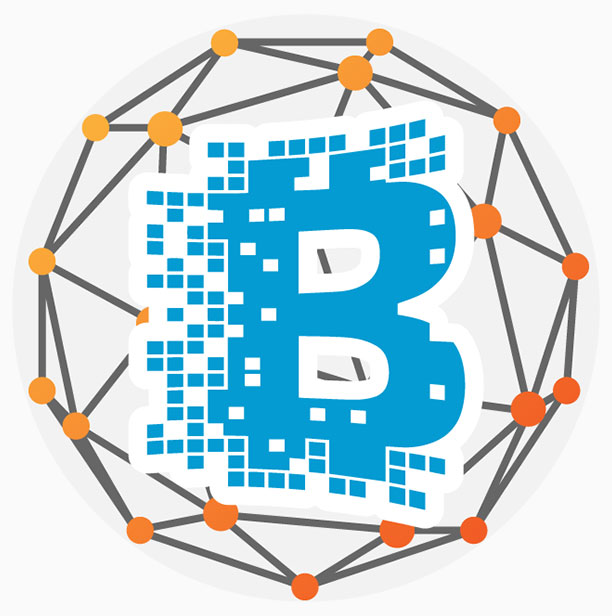 What are smart contracts blockchain?

The Smart contracts are automatically executed according to predetermined conditions set in the contract without explanation.

Since blockchain is a distributed ledger technology (DLT) that allows data to be stored globally on different servers, it relies heavily on these databases to confirm transactions.

Therefore, smart contracts are calling for the elimination of management overhead.

For example, when both parties agree to exchange cryptocurrency, the transaction will be carried out with the blockchain ledger through an agreement bound to a smart contract.

Today, smart contracts are still very popular in the crypto industry and are mainly used to exchange cryptocurrencies. But it is not limited to cryptocurrency.

In fact, many insurance companies and real estate companies are adopting this standard protocol to obtain better scalability at a lower price. In short, smart contracts are an important part of many platforms.

This is why it is important to have a clear understanding of what smart contracts are about and how they work.

What is the purpose of smart contracts in blockchain?

Since a smart contract is a program running on the blockchain, the user needs to send the transaction to the blockchain to start the program. Once the code is defined and the logic is locked, only the program can be run.

Generally speaking,main purpose of smart contracts are, is to simplify business transactions between the parties by removing the intermediaries involved in traditional business processes.

These contracts are designed to reduce payment delays, the risk of errors, & the complexity of traditional contracts without compromising authenticity & credibility.

Its main unique advantage is that it allows credible transactions without intermediaries.

How do smart contracts work in the blockchain?

It is indeed a program running on the Ethereum blockchain to automatically facilitate, verify or execute trusted transactions.To understand how it works, first of all, we must understand the composition of smart contracts.

After setting these requirements, you can enter blockchain-based on smart contract. However,the agreement needs to be negotiated before the terms can be implemented in the blockchain.

Usually, a smart contract automatically triggers operations based on an agreement between the two users maintained on blockchain.

This means that when the seller intends to sell BTC, smart contract will manage the transfer until the BTC is successfully transferred from one to another, one person to another person.

When this happens, the funds will be released and there will be no changes. All information about the transaction will be listed and stored in a public database.

Who created the smart contract?

The concept of smart contracts was first proposed by the famous American cryptographer Nick Szabo.

In 1996, he published an article on smart contracts in Extropy magazine, predicting the benefits & characteristics of blockchain contract applications. Over the next few years, he developed this concept in several articles.

Ian Grigg & Gary Howland are other contributors to the smart contract concept. They published their work on the Ricardo contract in the 1996 as part of the Ricardo payment system.

After Bitcoin & its blockchain appeared and created appropriate conditions, the implementation of smart contracts became possible.

A few years later, this innovation finally spread on the Ethereum blockchain. Today, many alternative platforms allow users to take advantage of this feature, but Ethereum is still a pioneer.

How does the smart contract work?

They are used to specify all the terms of agreement reached between the parties to a blockchain transaction. Once these conditions are met, the smart contract will automatically trade.

The blockchain-based system allows its participants to reduce intermediaries and excessive paperwork, because it relies on a public ledger, and any interested party can verify all transactions.

The core requirement here is to use a suitable programming language to describe all agreement conditions through mathematical rules.

The blockchain represents a distributed network of nodes, each node stores information about all transactions. To cancel a transaction or double spend, more than 50% of all these nodes must be controlled.

Suppose a person wants to initiate a smart contract, they need to download special software and generate a public key to be published in the system.

Subsequently, a start message should be sent and the node will receive it. When the event created by the smart contract is completed, the code will execute.

For example, if certain requirements are met (a certain amount of money is paid), the vending machine will automatically provide the buyer with the ordered goods. The working principle of smart contracts is the same.

In addition to transferring funds, there are several other use cases:

Smart contract use cases are variable and cover countless opportunities. They may become powerful tools in many areas of human activity.

Smart contracts have some distinctive features that make them different from other forms of financial transactions:

Smart contracts are not only suitable for cryptocurrency transactions, but also include daily tasks in financial services and the Internet of Things. To your surprise, they are more practical than anyone thought.

Employment contract : Smart contracts can make the execution of the contract very convenient. In terms of human resources, through the use of smart contracts, detailed employee information such as salary, professional roles and responsibilities can be easily recorded.

At the same time, the transparency and immutability of smart contracts enhance the trust between employers and employees.

Both parties can only use smart contract technology to record part of the agreement. In this case, the contract can be:

Which cryptocurrencies and DApps use smart contracts?

Today, smart contracts are closer to our daily lives than people think. Nowadays, not only big companies recognize them. Many blockchain platforms use them in their activities and use various programming languages ​​to write smart contracts.

Ethereum is one of the most popular choices; this is why its original coding language, Solidity, is widely used by developers. Other blockchains may choose different things.

The following is an overview of the blockchain that can handle smart contracts:

Bitcoin : The Bitcoin blockchain allows documents to be processed by means of smart contracts. However, there are restrictions on processing these files.

NXT : NXT provides smart contract templates. However, the choice is limited because there is not much room for customization.

Ethereum : Ethereum flourishes due to smart contracts because it supports advanced coding and processing with flexibility and efficiency. However, the disadvantage is that it comes at a price.

Suppose you want to customize something, but you need to contribute ETH tokens as payment for the computer power to execute it.

Stellar : This may be the oldest smart contract platform, but its speed and security can be said to be better than Ethereum. It has a simpler, more direct, and easier-to-use interface.

However, it is not suitable for complex contract development, because it is mainly to promote simpler smart contracts.

Some of the most popular smart contract-based dApps include online financial platforms such as MakerDAO and Compound, and decentralized exchanges such as Uniswap.

Pros and cons of smart contracts

There is no one-size-fits-all solution, which includes smart contracts. Of course, it is very helpful in the field of decentralized encryption, but it also has its limitations. Here is what you need to know:

They are autonomy, security, high-speed performance, and the possibility of reducing the costs associated with intermediaries.

People choose them because they promise affordable but accurate and efficient business transactions.

Generally speaking, this technology still causes many problems. But what will happen in the future? Will there be a new technology that can overcome its limitations or completely replace it?

What is the future of smart contracts?

It is already clear today that the recognition of smart contracts will only grow over time.

Of course, they will not completely replace traditional paper contracts in the next few years, but they will open up their share in the market, especially when buying or exchanging goods, services, and rights. There is no doubt that they will enter more and more areas of people’s lives.

Legitimacy issues in many countries will be resolved in the next few years because they are inevitable.

Even today, Arizona and Nevada have revised their respective state versions of the Uniform Electronic Transaction Act (UETA) to explicitly include blockchain and smart contracts.

The benefits of smart contracts cannot be denied or underestimated. They seem to be a good alternative to traditional protocols and provide a higher level of performance.

If they manage to get a position, they will occupy the contract field, and the agreement will change forever. They will change the way people do business.

But only by improving the efficiency and certainty of transactions and reducing the need for third parties, smart contracts will become more interesting.