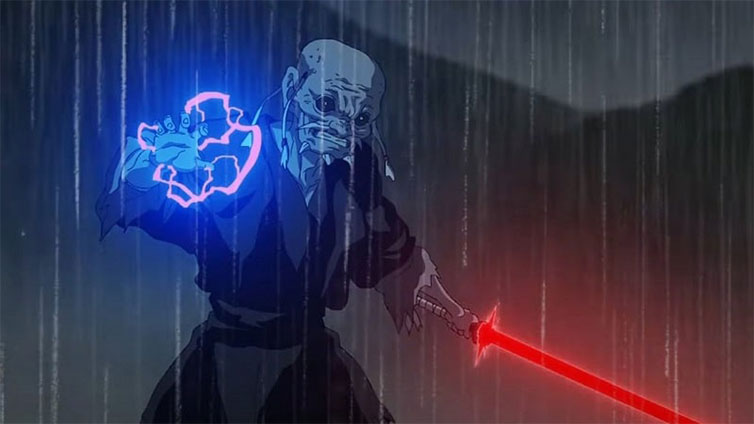 Anime fans froze in anticipation. Probably, they are afraid to frighten off the upcoming premiere.(star wars)

Now many are interested in when the new Japanese animation project “Star Wars: Visions” will be released. We will not torment you and will tell you everything that is known about the project.

Take a new look at the universe

First of all, let’s start with the fact that the release date is a settled issue and there are no worries about it.

In mid-August, the first trailer of the story appeared on the network, which briefly introduced us to the events of the upcoming tape. At the same time, the day of the premiere was confirmed.

Visions is a series of short films produced by various Japanese studios . The creators were tasked with telling original stories that are based on the Star Wars universe.

The previously published trailer for the Star Wars Visions anime, which will be released on September 23, 2021, has already been appreciated by fans.

The audience was again divided into two camps – those who are delighted and eagerly awaiting the show, and those who found some flaws.

Of the pluses, a picture was highlighted – it is spectacular, bright and catchy. Spaceships and lightsabers have not gone anywhere. The fans were also pleased with the expansion of their favorite universe and the renewed desire to wait for the release date.

The other side turned out to be less positive – some of the viewers did not understand how it came into their heads to delegate the creation of new franchise projects to some third-party organizations.

In total, 9 studios took part in the creation, which have a weight in the animation, and in general in the cinematic world.

What the studios came up with

The creators decided to stand out and make the episodes atypical. So, Takanobu Miduzuno, director-animator of the Kamikaze Douga studio, made a short film in black and white, adding color to some details – lightsabers,

for example. He also worked on the appearance of the heroes, who now look more like samurai than usual Jedi.

Studio Colorido decided to add dynamics and do something in the spirit of rock opera. They embodied the heroes in the chibi style. Chibi is the Japanese name for one of the cartoon styles, where characters are drawn exaggeratedly – with large arms and a small torso, for example.

Boba Fett and the other characters in this episode will appear before the public with large heads and disproportionately small bodies.

After promising announcements, the desire to see the new product increases…

The anime’s release date has already been officially confirmed, and our in-house psychic had a vision of the Disney + release date for Star Wars. We are looking forward to the second half of September and hope that the new product will not disappoint .