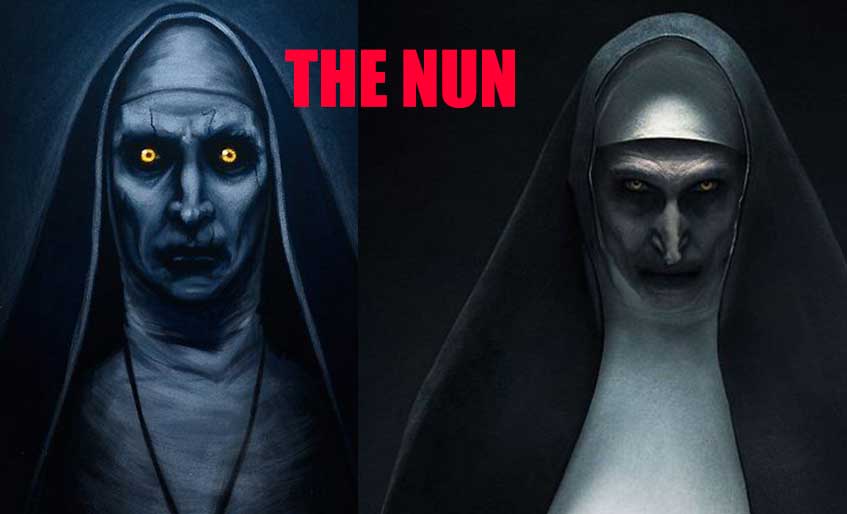 The Nun comes out on our screens. In line with the Conjuring saga – of which it is part – this horror film promises to be one of the great cine successes of the year, since it perfectly combines all the codes of horror cinema.

Between a central character who freaks out, suspense on all floors and a story that inspires everything except joy, it’s a safe bet that it screams in cinemas … Especially since the story of which is inspired by The Nun is a true story.

Well almost, since The Nun combines two real facts. In this new movie, Valak (the villain) has the appearance of a real demon. In truth, the latter was represented as a child with angel wings, riding a two-headed dragon – that cannot be invented. Is it then a lie of the production to make more figures?

Well no, Lorraine Warren, the one who started it all. Indeed, this one did indeed have to do with a spirit of the kind, represented like a “vortex whirling like a tornado hidden inside a hood” …

You can imagine that it is complicated to represent such a thing on the screen. It is a demonic vision that only haunts [Lorraine Warren], that attacks only her (results). So I wanted something that attacks her faith. And that’s where the idea for this very iconographic image came about. “.

However, unlike Conjuring 1 or 2 and Anabelle, the true story behind The Nun is a bit more far-fetched. And for good reason, if the film follows the actions of the demon Valak , its version has nothing to do with that described in the famous treatise on ritual magic “the little key of Solomon”.

In this treatise, Valak has ” the appearance of a child with angel wings riding a two-headed dragon “. It also bears the name of Valac, Ualac, Valu, Volac, Doolas, Volach according to the manuscripts. Valak is described as the Great President of Hell, leader of an army of demons.

In the film, this demon is visually a little more demonic. The producers of The Conjuring wanted to offer it another aspect in order to better stir up our nightmares.

The demon in the film and this portrayal of the Nun are taken from a story lived by Lorraine Warren, the investigator of the supernatural who is played by Vera Farmiga in the two Conjuring.