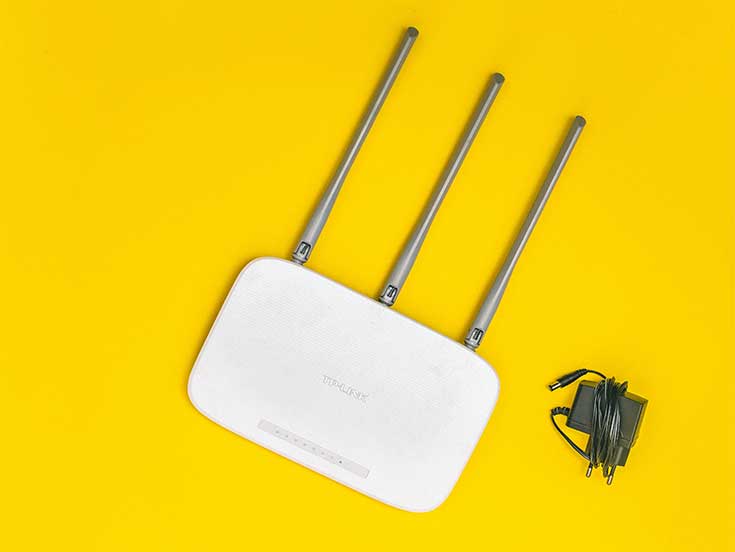 What is a Router?

In today’s world, almost 75% people use the internet, but many people are unaware of how this technology works . Among the various elements necessary for the proper functioning of the Internet, there is the router.

The router primarily allows communication between a home local area network and the Internet .

A router also helps protect the network from possible intrusion. Thus, by activating the highest level of security on the router, it is possible to protect the computer and the information it contains against cyber attacks.

Routers contain software called “firmware“. As a precaution this software must be updated each time an update is deployed by the router manufacturer.

The router is for adding sockets. For example, our bluff room has only one network socket connected to the outside. However, if we have two people with computers, we can only buy a router. The router has 4 holes and 8 holes.

What is the Use of Router?

The router is used to share the network, which can enable multiple computers to use the Internet, and the wireless router can also achieve wireless Internet access.

What Does Router Do in a Network?

In order to complete the “routing” work, the router saves various transmission path related data-routing table (Routing Table) for use in routing selection. The routing table saves the sub-net identification information, the number of routers on the Internet, and the name of the next router.

What is a Router in Networking?

A router is an essential network device for corporate networks and home optical lines, but few people may have a good understanding the role of router in networking and why a router is needed.

The role of a router is to connect and route between networks. It also has the role of finding the best route for IP packets that reach the router and delivering the packets.

There are various roles depending on the type of router, but here we will explain the three roles that are common to various routers.

The basis of the role of a router is to connect multiple networks.

For example, a router is always required to connect an intranet in a company to the Internet. You also need a router between the companies and the extranet that connects them.

Therefore, the router is equipped with not only Ethernet but also multiple interfaces such as “Frame Relay” and “ATM“. This is because one interface is not enough to connect multiple networks.

Even if multiple interfaces are not the default, different transmission methods can be exchanged by adding or exchanging expansion boards.

The second major role of routers is to teach routes.

It also has the role of searching for routes that cannot be used due to obstacles and pointing to the optimal detour route.

The router is also responsible for reading the IP header and providing preferential treatment and blocking of packets.

Specifically, if there are packets that should not be passed, they are filtered and blocked. For packets to a line that is disadvantageous in terms of line speed, the amount of packets sent out is adjusted while monitoring the bandwidth.

Prioritizing each packet is also a major role of the router.

You can change the order in which packets are sent by defining “what is the priority communication” in the router in advance. These functions are called QoS (Quality of Service). Most routers used in enterprises are basically equipped with QoS.

What is WPS on a Router?

Thanks WPS technology, the user can easily configure and connect to the Wi-Fi network. In addition, this method is designed to help people who often forget passwords, because after setting up the connection to the network, it just press the button on the router.

In words, everything looks very simple, but for an unprepared user, it will be difficult to understand the methods of setting up and using these WPS technologies.

If you have a WIFI adapter that supports WPS technology, connecting to the router will not be difficult for you. This method of connection is called hardware. All you need to do is hold the corresponding buttons of router and adapter simultaneously for 3-5 seconds.

After that, the WIFI adapter via WPS protocol will connect to the router. Note that when using this method, the network name will remain standard and the password will be generated. Therefore, this connection method is better to use for the main setting of the router.

How to Use a Router?

If you use it without knowing router functions, you will not be able to fully utilize the performance of your Wi-Fi router. One of the biggest advantages of the 4G router is that it is very easy to use and its installation is very simple.

To install an ADSL or fiber optic home network, you need a lot of procedures and steps while the installation of the 4G router is very easy. Indeed, all you have to do is insert the SIM card into the box, press the ignition button and you’re done.

The network configurations depend on the chosen telecom operator. The 4G router can be moved anywhere in a room, whether portable or fixed and remains operational as long as it is in a location covered by the operator’s mobile network.

In practice, to install the box, all you have to do is remove the cover on the back and note the SSID or network name as well as the password or WiFi which are there. It is advisable to take a photo of this information so that you can use it later to copy the useful information.

You must then insert the SIM card in the notch dedicated for this purpose and close the router. To get started, all you need to do is press the power button and wait until the indicator lights stop flashing.

Step 2: Connect the 4G router to other devices

Now that the router is on, you need to connect the devices to be able to browse the internet . To do this, you must search for available networks from the computer, phone, tablet PC or any other device that must be connected, then choose the network that corresponds to the SSID noted above. Then you have to enter the corresponding password to connect to the Internet.

When used for the first time, the 4G router will require a few details to work properly. To adjust this, it is necessary to connect to the administration interface, the procedure varying from one device to another, so it is necessary to refer to the user manual. Then, you have to enter the identifiers (username and password).

Once the administration page is displayed, all you have to do is follow the on-screen instructions to configure the 4G router. When all the modifications are finished, do not forget to save the modifications before starting to use the box.

What is a Mesh Router?

Sometimes you end up with areas that do not receive any signal or have a very weak signal. A WiFi repeater can help you solve this problem, but it’s a clunky setup and it makes you think that it shouldn’t be that hard to get a consistent WiFi signal throughout your home.

This is precisely why mesh networks have been developed. A mesh network solves the problems that you have to overcome hoping to solve with a regular WiFi router.

A mesh network is created using a mesh router. A mesh router is different from an ordinary router which only broadcasts a signal. With a mesh network, different routers combine to form a single network that covers your home or office so that there are no dead spots.

They do not all have to connect to a single router and then amplify the signal. Since all access points can connect to each other, they are able to create a network or coverage that covers more space and provides a stronger signal.

Want to change your router settings? To do this, you must go to its web interface. Let’s say you are going to change the Wi-Fi password. To do this, we usually need to access the browser, from our computer. It’s a quick and easy process, but we also need to know the IP address.

The problem is that there is no generic address for all models. Each brand usually uses a different one, although it is true that many of the major ones use the same default gateway, which is usually 192.168.1.1.

How to Login to Router?

This is the YouTube video from Novacomputing channel. hope this video will help you to log into your router.

How to Reset Router?

There is a reset button on the router body, as shown in the figure below. When the router is powered on, press and hold the reset button for about 10 seconds to complete the reset. This is the easiest method. It is recommended that you use this method for operation.

(1) Under the router reset button, it is usually marked in English: Reset, RESET, Default, WPS/RST, etc.

(3) The reset button of some routers is designed into a small hole by the manufacturer and cannot be directly operated by hand. At this point, you need to use a toothpick, a mobile phone to take a card pin and other objects to press and hold the button in the small hole.

What is Dual Band Router?

Dual band router refers to a wireless router that works in both 2.4Ghz and 5 Ghz frequency bands. compared with the traditional single band wireless routers, it has a higher wireless transmission rate. stronger anti-interference, stronger wireless signals, and stability higher, not easy to drop.