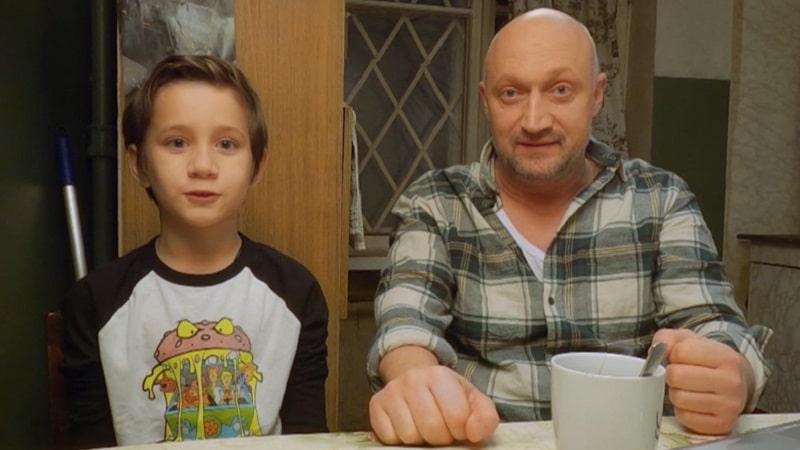 Those who watch advertisements on TNT already know that the release date of the # Yazhotets series will take place on September 20, 2021.

Movie bosses are trying to be modern – the main characters of the new products no longer work in the field and do not go to the factory. To understand what we are talking about, you should wait for the premiere of the new series “# Yazhotets” on TNT and read what we told about the new product further.

Those who watch advertisements on TNT already know that the release date of the # Yazhotets series will take place on September 20, 2021, but for those who do not watch our website has been created.

Glory to the tragedy

#Yazhotets is an upcoming comedy series from TNT. The main character is a grown man who cannot boast of any serious achievements. His main occupation is a video blog, where he and his son take pictures of unpacking.

Quite by accident # Yazhotets learns that his wife has another man. The family breaks up, and Mikhail decides to change the blog format and now teaches his son worldly wisdom online . The option, of course, is not a bad one, but Misha has no wisdom.

Each episode of the blog ends with funny and sometimes frightening and dangerous scenes, but this is what makes its viewers amused.

You can find out more about the family of Mikhail Grechikhin in the television series # Yazhotets, the release date of which has already been set for September 20, 2021. It is known that the tape was filmed with a hand-held camera to convey the spirit of the video blog.…

The information that the creators are preparing the picture for the release date appeared back in 2020 – then the producers of TNT announced the shooting of a number of comedy projects, including # Yazhotets.

Other facts about the project

For a long time, there was no information about the composition of the actors and the creators in general. Initially, TNT announced the leading actor – it was Gosha Kutsenko. Closer to the release date, other names appeared. The son of the protagonist will be portrayed by the young actor Alexei Rodionov.

At the age of 11, he already has several roles, but for the first time he will play as a key character in # Yazhotets . Also among the performers are Ekaterina Vulichenko, Sergey Maslennikov, Alexander Oblasov and others.

The project was directed by several specialists at once – Rustam Mosafir, Konstantin Smirnov and Konstantin Kolesov. Mosafir was involved in the production of “Sklif” and one of the episodes of “Univer”. His colleague Smirnov is involved in “Zomboyaschik” and “Beetles”.

The producer is Vyacheslav Dusmukhametov, who has extensive experience in creating comedy films – “Two girls on the rocks”, “Light from the other world”, “House arrest” and others.

We ran through the main events of the upcoming show, and what else will be shown in the blog # Yazhotets, we will find out after the release date of the series on the TNT channel. We are looking forward to the old show to look at Kutsenko in a new, modern way .